A few weeks ago Team Helleland/Aarhus gathered in Bergen and arranged a test run to see how the team managed to work together, and to recognize areas where we need to improve and/or adjust. The idea was to spend two days in race mode. Starting at 07:00 in the morning and continuing to be on the move until 21:00. The task was planned to be out and return northbound with some mandatory waypoints along the route.

We started the test in urban surroundings at Streamer AS, one of our main sponsors, in Bergen City 07:00 on Saturday 23th of April. First stage was up mt Ulriken (643m asl), cross to the eastern side, and an early glide eastbound. Easier said than done due westerly airflow, but we managed to find an area to get airborne and continue as planned though a bit delayed.

We packed up, filled up with water, grabbed some food on the go, and hiked up Skåldalsnipa (605 m asl). At the top the conditions were not ideal with Northerly winds. But the sun was heating the ground and we thought it was OK timing to go flying. Knut was first in the air to test the conditions. He was pushed southbound by the wind, but he managed to find thermals and stay airborne. I launched, and the same happened to me. I was pushed southbound (in the opposite direction of the route) but I was able to stay airborne. When I tried to head north I was flushed down by the wind and pushed back south, all the way to the ground. I landed at the exact same field as earlier on the day. Not ideal…

OK. What to do? Get back up again!

Another hike up, and now the conditions were more mature. The sun had come around to heat the west face of the mountain and it was a better setup to push into the headwind. Launch conditions were strong and the take off was vertical. In the air my instruments indicated 25-30 kmt winds from the North-north-west. Together with airspace limitations at 1067 meters it was challenging to move forward along the route. Decision was made to fly a different route than first planned towards TP1. It worked out quite well, and even if the conditions were far from ideal I managed to get a 42 km flight northbound, and landed in the crossroad to the road leading onroute. Not far, and far from my expectations of the day, but still I was OK satisfied the way the day turned out with regard to wind and the bomb out earlier on the day.

Now it was time to grab a quick meal and hit the road. My team made me a coffee to enjoy while walking, and motivation was top. After a 11 km walk in scenic surroundings it was time to stop at 21:00. My team had already found a suitable place to camp. Last hours of the evening were used to clean up, eat, and prepare for the next day.

Next day started at 06:15. Breakfast, coffee, and a short briefing about today’s plan and weather. Weather was again challenging with quite strong North easterly winds.

The team planned a 15 km hike to position me for an east facing site with the possibility to soar northbound and at the same time take advantage of early thermal conditions. The plan was good and I was on the go at 07:00. Two hrs later, and two coffees later, I was ready to hike up the hill and execute step two of today’s plan. The hiking conditions were far from good. More snow than expected and Knut and I had a struggle in the soft and deep snow. We found a decent take off site, but the wind got stronger and more gusty. Also the cloud picture looked less inviting with lentic’s and visible signs of really strong winds aloft. The team on the ground also reported increasing winds with gusts on the valley floor. Not good…

We decided to wait for a while to see the development. Wise. Winds picked up more and we decided to move on to plan B. Bite the bullet, walk down, and continue hiking along the road.

After some hours hiking we decided to make a new attempt to get airborne. It seemed like the wind was weaker, and the windy clouds had to some degree softened out. The team found a possible take off site with a steep path leading in that direction. But again the snow was a major issue. We spent almost 2 hrs hiking 500 height meters. Soft and deep snow was draining our energy. Good thing I brought a good amount of energy bars!

At the top the winds were not too strong and we managed to get in the air on an east facing slope, and then fly around to work the lee side where the sun was heating. It worked!

It was relatively stable air with thermals to a maximum of 1200 m asl and winds from the NE made the flight challenging. Also the fact that the fjord from Mo has few/no landing options made the flight interesting. After 10-12 kms with no landings it was time to head north into Romardalen. A narrow valley with rising terrain. It was all covered with snow from the valley floor and up. No thermal activity and lee conditions. The flight ended here, in a parking lot next to the main road. Anyway, still far from my hopes for the day I landed with the same feeling as the day before. To some degree satisfied. Even though the conditions were difficult we managed to turn our mindset around and make use of them.

Now it was again time to pound the pavement until 21:00. Coffee and some Drytech food kept me going.

The test was now over. I covered approximately 3500 height meters hiking, 67 km flying, and 67 km walking/running. We did not get around our planned O/R task, but even if the conditions were difficult we stuck to the task and tried to make the most out of it. Good exercise both physically and mentally.

The team worked well to try to keep me going at all times. We need to adjust some routines and checklists and delegate/share some tasks within the team. We also need to learn from our mistakes! To be on ground when conditions start to pick up is far from ideal. This is probably my biggest challenge. I’m too keen to get going, and not patient enough to stop and wait when required. My supporter and team knows this, and will try their very best to hold me back if necessary.

If not the best weekend to cover longer XC it was actually a great weekend to get some experience with my team. Challenging winds and flying conditions, decision making, and many transitions between hiking, flying, walking.

Anyway, even if the conditions during the test weekend were challenging, and the snow, heat or whatever is making it difficult, the team knows that it all sorts out with a cup of coffee:)

Hopefully we won’t have the same issues with snow in the Pyrenees, even though reports say that snow actually may be an issue. It will be interesting to see. Second week of May I will be in the Pyrenees to get familiarized with the area, and I’ll get an idea of the snow and other factors/conditions. 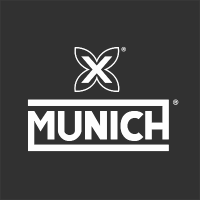 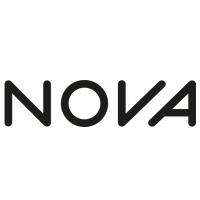 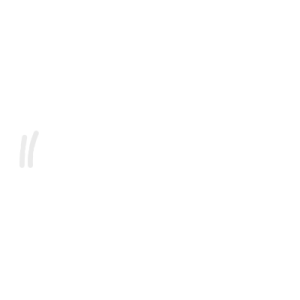