I can’t miss that! 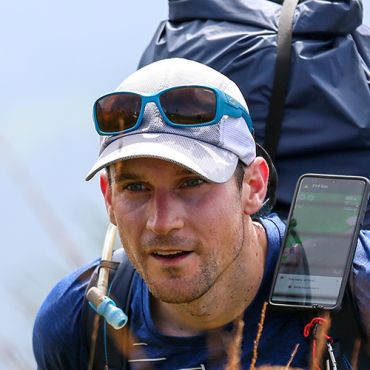 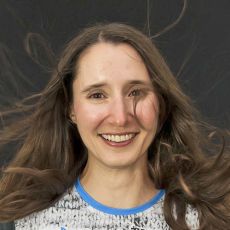 What is your greatest sporting success?
Being healthy and accident-free for 20+ years of training sports, with good work-life balance, sane family and still not getting bored. I obviously note my ranking, points, kilometers and routes and summits, but it really doesn’t matter in the long term and out of context.

When and why did you start paragliding?
It’s been 12 years, since I did the course, with my father and my sister. We all fly actively since then. At first it felt like the right tool to avoid long descends in the mountains, but with time, it started to be a passion and sport on its own.
That’s also when I’ve learned about the X-Alps for the very first time. Since then I knew I’m going to do H&F comps and for past 3-4 years that is my reality.

What is your mountaineering experience?
Mountains were always a big part of my life. I started early, with my parents. With my father we approached Matterhorn when I was 14, on a budget, carrying 30-35kg of equipment and skipping cable cars – Polish alpine style. We ended up being evacuated by a heli, due to heavy rock falls. Soon after we did Mont Blanc, again in full expedition style, 5 days, camping on the glacier, no cable cars used. Other 4,000m peaks followed, and as the technical difficulties grew I started training in sport climbing, trad and mixt.
I’m also a freeskier, I competed in numerous freeride events, but now I mostly stick to skitouring. Since I moved to Geneva 9 years ago, I am all over the place – flying, climbing, hiking, skiing, skitouring, road and mountain biking. I can also sail, dive and kite, but mountains always get priority.

What does your typical training week consist of?
I adapt to the seasons and conditions, I fly mostly on the weekends or after work. In between I do bouldering, running and biking. I adapt intensity to my current fitness and avoid any fixed schedules. In winter I focus on skitouring and fly down when skiing conditions are poor. However, for X-Pyr it’s all changed.

What are your best and worst sporting memories?
Last year, I went to Brazil alone. It was late in the season and I started with several tricky and disappointing flights. One day, after 8h of being extremely tense and focused I’ve finally realized I’ve just passed the 300km mark. The day was finishing and I could simply enjoy the last glide, trying to visualize the vast terrain I’ve just crossed and all the hours spent in the harness – all that using only thermals and wind. Incredible feeling.

I’ve had numerous disappointments, both climbing and flying, but I keep my accident history clean so it’s all good memories in the end.

Why did you choose the X-Pyr?
Several years ago, I’ve signed up for my first H&F comp. I was as excited as terrified. I’ve done many since then, but every time I sign up for a new, more serious event I get that thrill. The X-Pyr is going to be the longest and heaviest of all of them, with a lot of unknown terrain and the very best athletes. I can’t miss that.

Have you participated in the X-Pyr before? How was it?
It’s going to be the first time!

Have you flown in the Pyrenees before? What do you think about them?
I’ve been there once, it felt rough and rather wild. Definitely going to explore the route before the race to understand them better.

What will your strategy be during the race?
As always, make my own decisions and not look at the others. But I’ll happily tag along if there is a group coming the same way.

What excites you most about the X-Pyr?
The unknown of the Pyrenees.

What scares you the most about the event?
The length of the race, the heat, remote terrain.

Why will he/she make a good assistant?
It’s all about trust and hard work, but she’s also a great and accomplished pilot with good intuition and very persistent.

Anything else you like to comment?
I’m neither a professional pilot nor an ultra-runner. I’ve already competed with many of those athletes and I perfectly understand my limitations. It’s going to be a hell of an adventure and that’s what counts, no matter the result.